Escalation Protocol: The Only Guide You Need 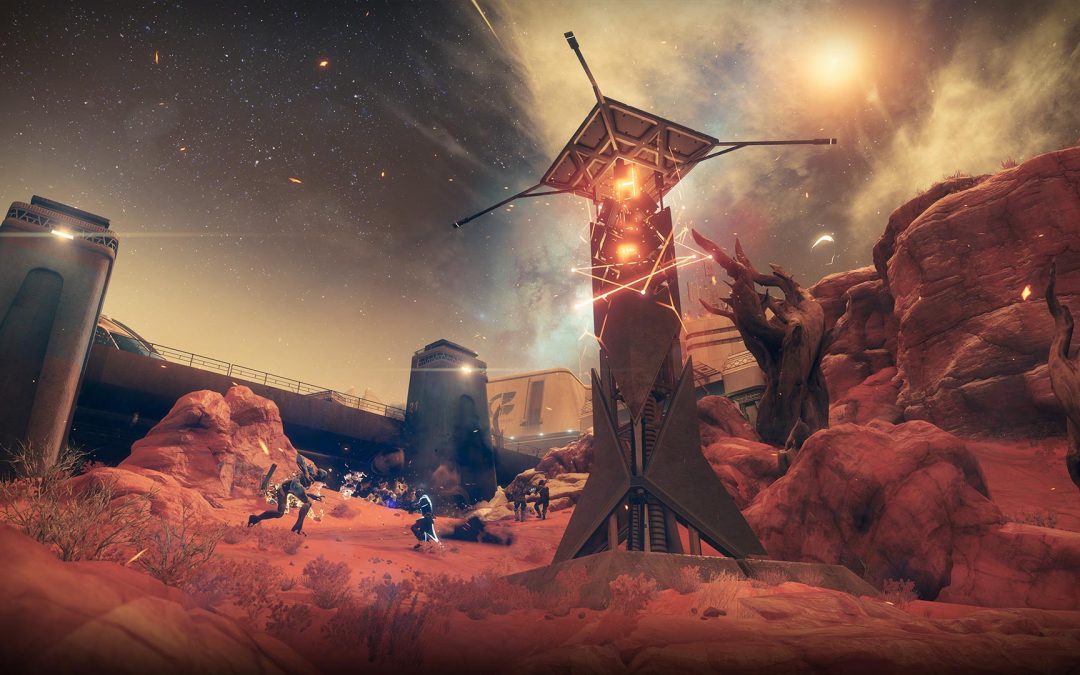 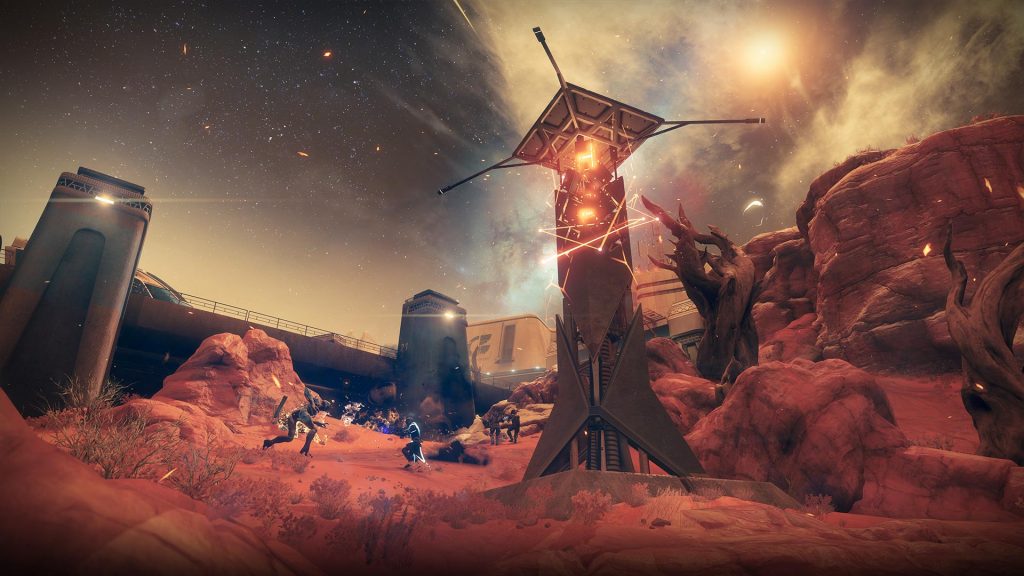 What Is Escalation Protocol?

Escalation Protocol is a new end game content designed for PvE players. This end game content recently being introduced when the Warmind DLC drops. Thus, being an end game content means it’s not going to be easy for players to rinse through it. As always, a proper planning with specific loadout is recommended in order to beat this mode.

First of all, Escalation Protocol consists of 7 levels and a final boss will appear at the last level. There will be a chest spawn for successfully clearing level 3 and level 5. However, don’t get your hopes high because the chest will only drop tokens and resonate stem. There will be a low chance of getting EP ghost shell andsparrow.Lastly, weapons will only drop by the level 7 boss and armours from the level 7 chest.

The only difference between the old and new update are the power levels. Last time, the enemies at level 6 and 7 used to be 400 power levels and now being scale down to 385.

Where to Start this Activity?

Players can either do it at Glacial Drift or Braytech Futurescap. Most people will prefer Glacial Drift simply because there’s more cover in the map layout. This activity was meant for a fireteam of 3 to start while free roaming in Mars.Thus, as the activity progress random people will join in.

Escalation Protocol consists of 5 different types of final boss and each bosses drops different weapon depending on the rotation. Level 1 to level 6 is pretty straightforward so I leave that out. Basically just kill enemies, stand on hive rift and continue to kill enemies until the boss spawns. Repeat it until you get to level 7. 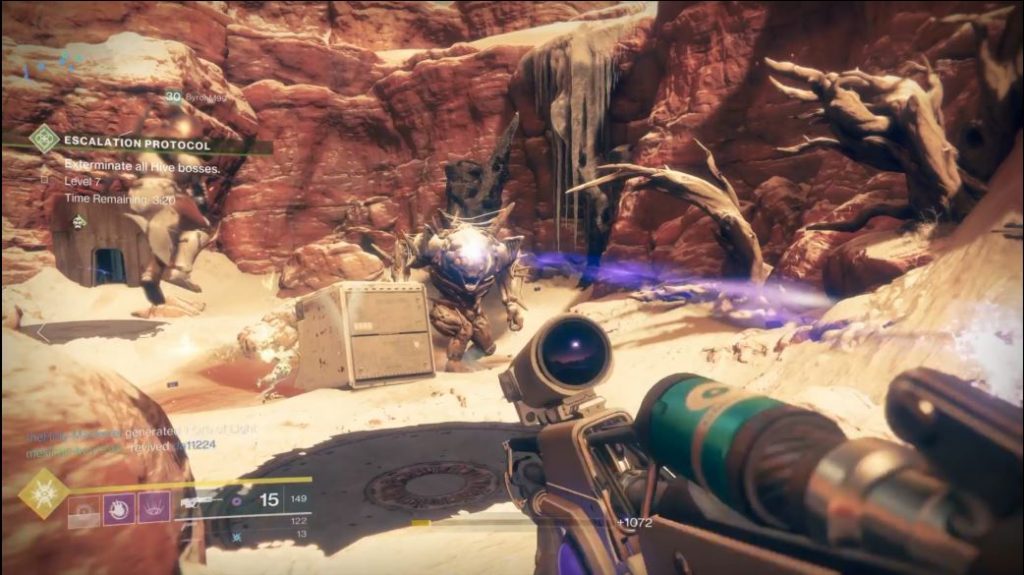 This boss is basically a giant ogre nothing special. A rule of thumb is to always clear out the shriekers that spawns before dealing damage to the boss. Nur Abath gains a protective shield when wizards are nearby, so prioritize them after killing the shriekers. There will be 3wizardsnearby the boss so be sure to clear them out then dps the boss. Rinse and repeat.

What weapon does this boss drops:

This boss only drops the ikelos shotgun which is the current best shotgun in the game. This is because it is full auto and has trench barrel. Trench barrel grants bonus damage upon melee an enemy. 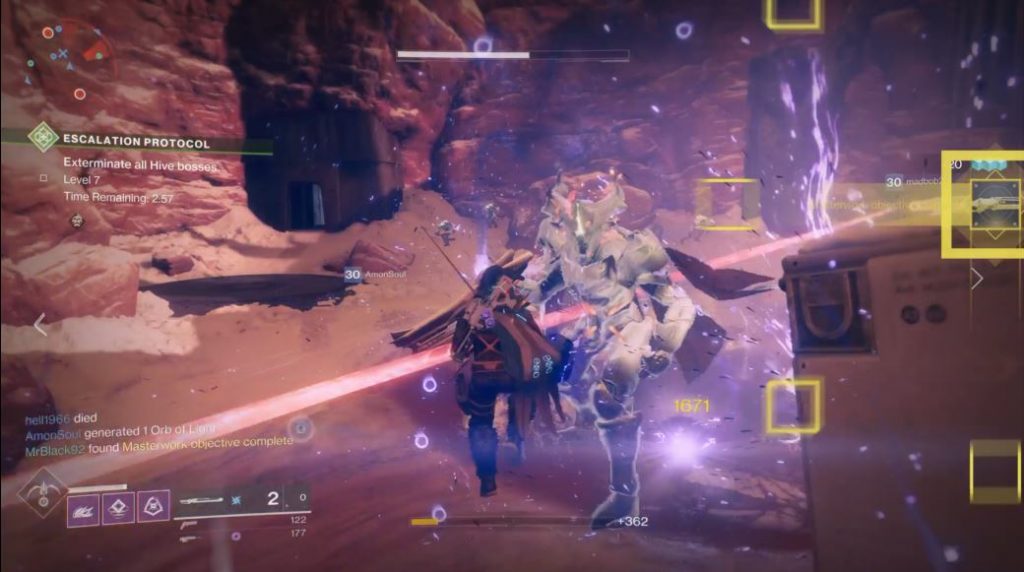 Kathok is a giant hive knight and the fight is quite similar with Crota. Swordbearer will spawn around the boss. Kill the swordbearer and take the sword and use it to destroy kathok’s shield. Once the shield is down, players able to damage the boss for a short period of time before it’s shield regenerates. Rinse and repeat.

What weapon does the boss drop?

This boss drops Ikelos SMG, one of the most used smg in PvP. It has an unique perk called disruption break which grants bonus kinetic damage when breaking enemies shield. Besides that, the smg has overpenetrating rounds as well. 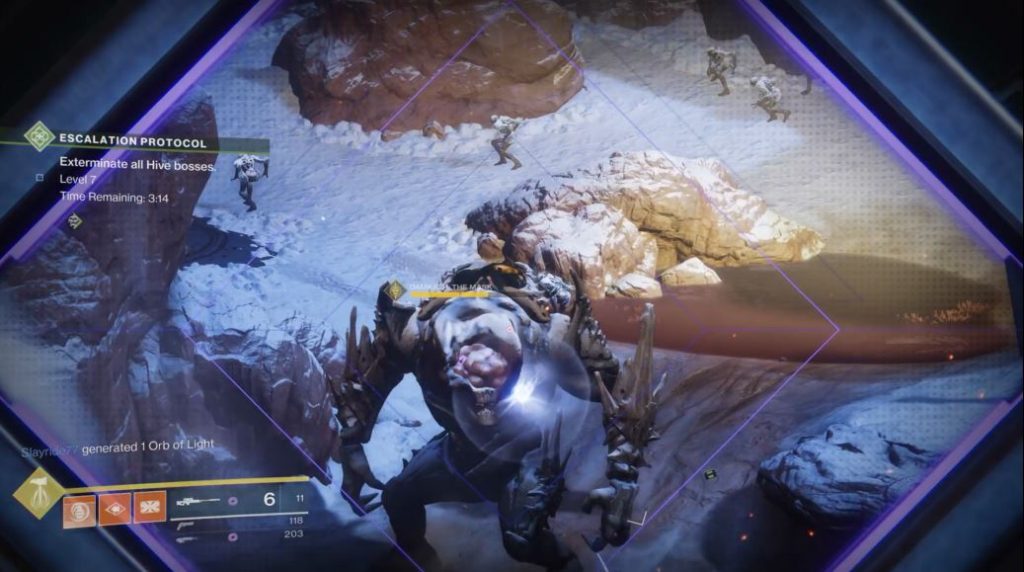 Damkath reminds me of Golgoroth, one of the boss in King’s Fall raid back in Destiny 1. The two of them shared pretty much same mechanics. Only way to damage the boss it’s by shooting at it’s weakspot which is its back. Assign a person on the other side of the map to get its attention and the rest of people snipes the boss at the bridge. With whisper of the worm available now, this should be an ease.

What weapon does this boss drop?

This boss only drops the Ikelos Sniper Rifle. The sniper rifle has box breathing perk in it thus many people consider this the legendary version of DARCI. Another useful perk from this sniper rifle is triple tap. 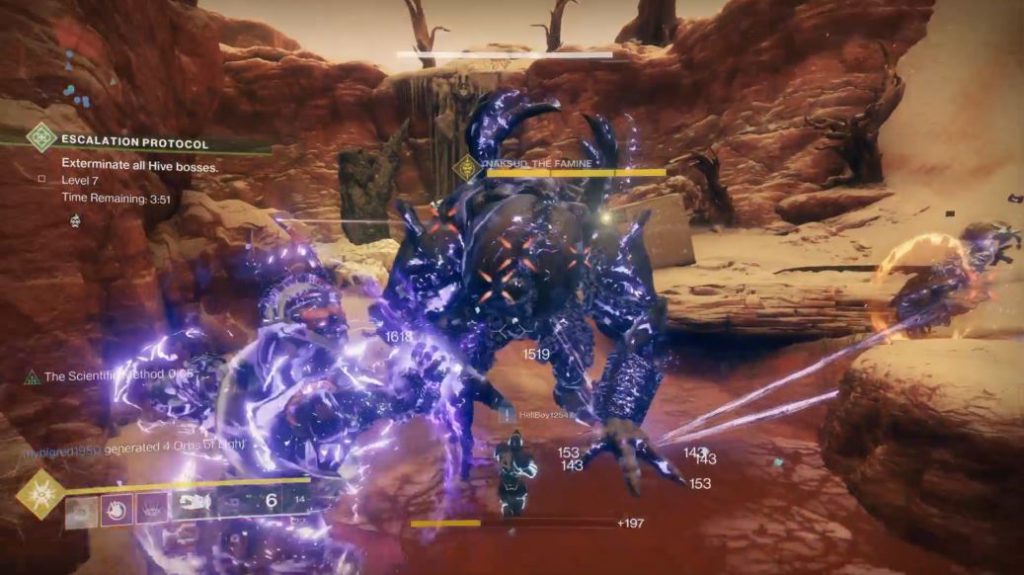 What weapon does the boss drops?

Naksud, the famine drops all escalation protocol weapons (shotgun, sniper rifle and smg). If you missed early boss rotation, this will be the best time to farm for the weapon that you need. 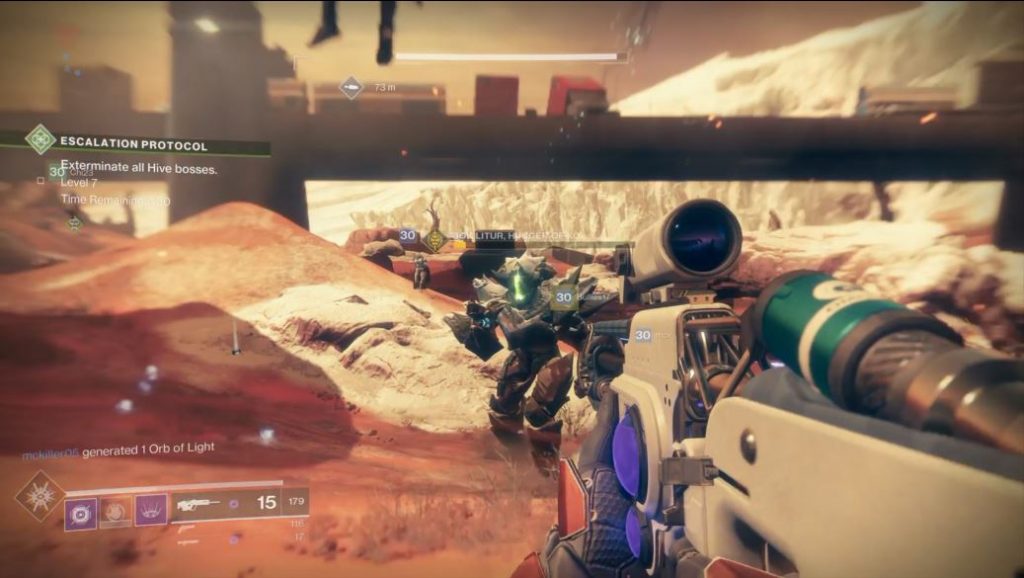 Box Litur reminds me of Warpriest from King’s Fall raid in Destiny 1. In fact, the two of them shared the same attacking pattern. The fight is very straightforward, just need to keep on damaging until it’s dead. However, this boss has tremendous amount of health but nothing can survive melting point and tractor cannon for long.

What weapon does this boss drop:

Box Litur, Hunger of Xol drops all escalation protocol weapons (shotgun, sniper rifle and smg). If you missed early boss rotation, this will be the best time to farm for the weapon that you need. After this rotation, it will go back to Nur Abath, Crest of Xol again.

What are the rewards for completing Escalation Protocol?

As usual there will be weapon that drops from the Level 7 boss and the armours where you can only get it from the level 7 chest.

Let’s see what are the weapons available: 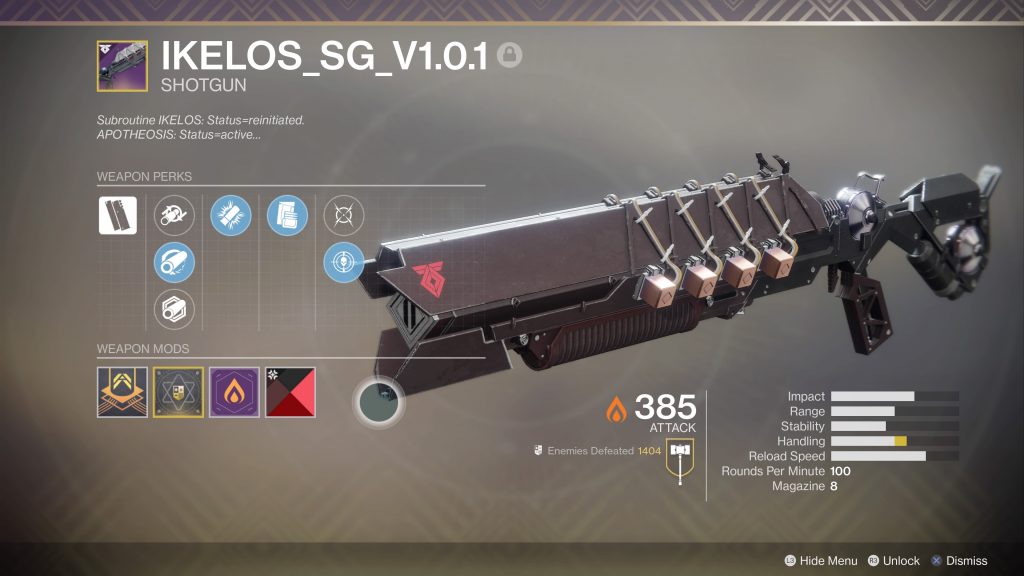 Currently the best shotgun available in the game due to being full auto and trench barrel perk. Trench barrel grants bonus melee upon melee. 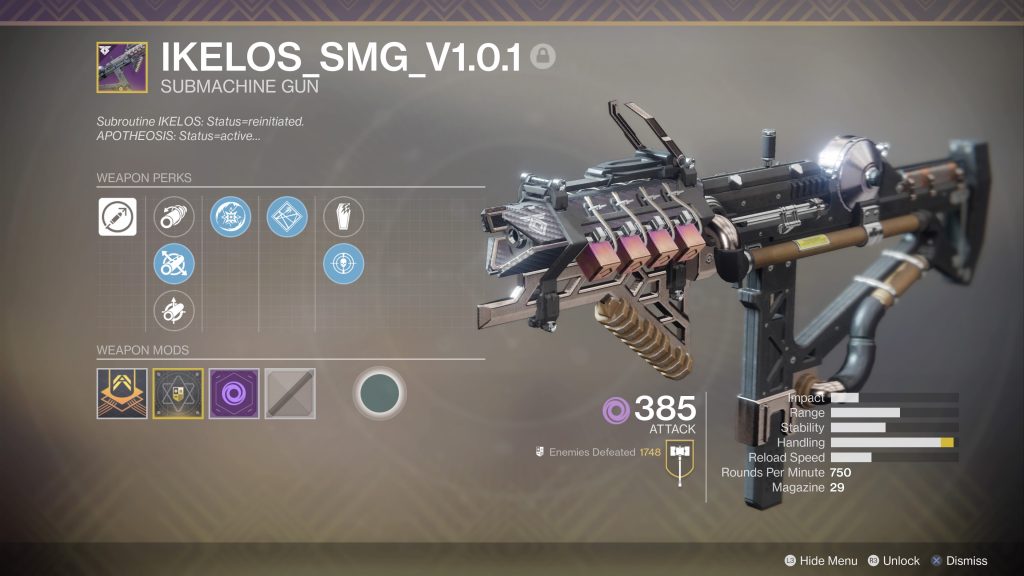 Currently one of the best smg available in the game. Whether it is for PvE or PvP, it is still a decent weapon to use. Disruption break as its unique perk grants bonus kinetic damage when breaking enemies shield. 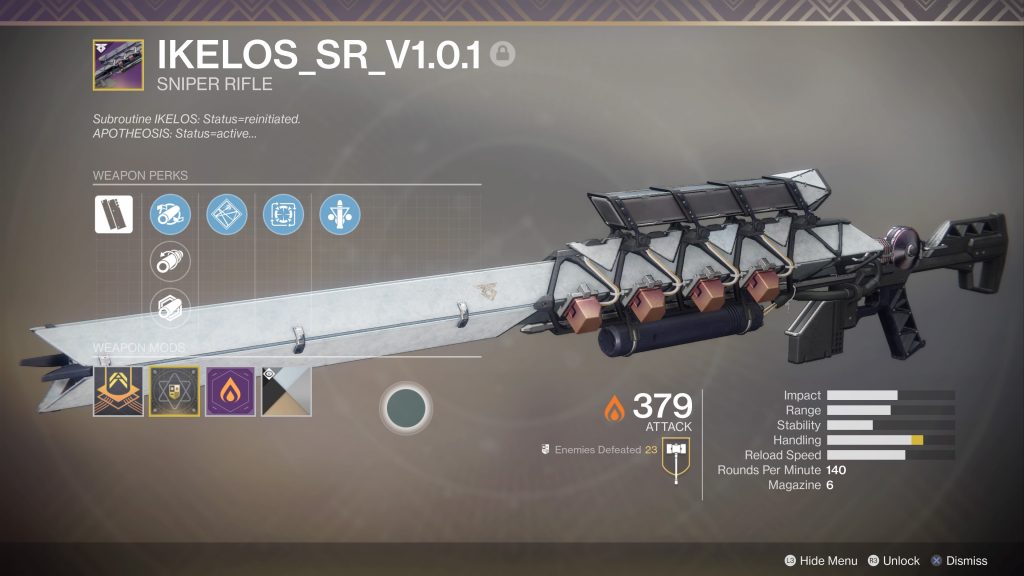 This is the legendary version of DARCI because of its box breathing perk. Also, triple tap is a good perk to have as long as being able to land consistent critical shots. 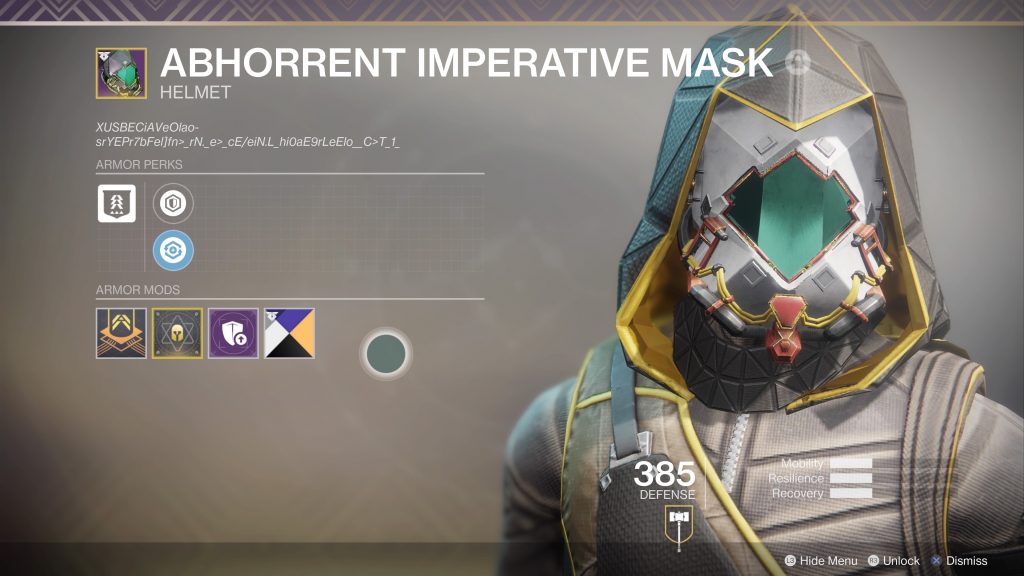 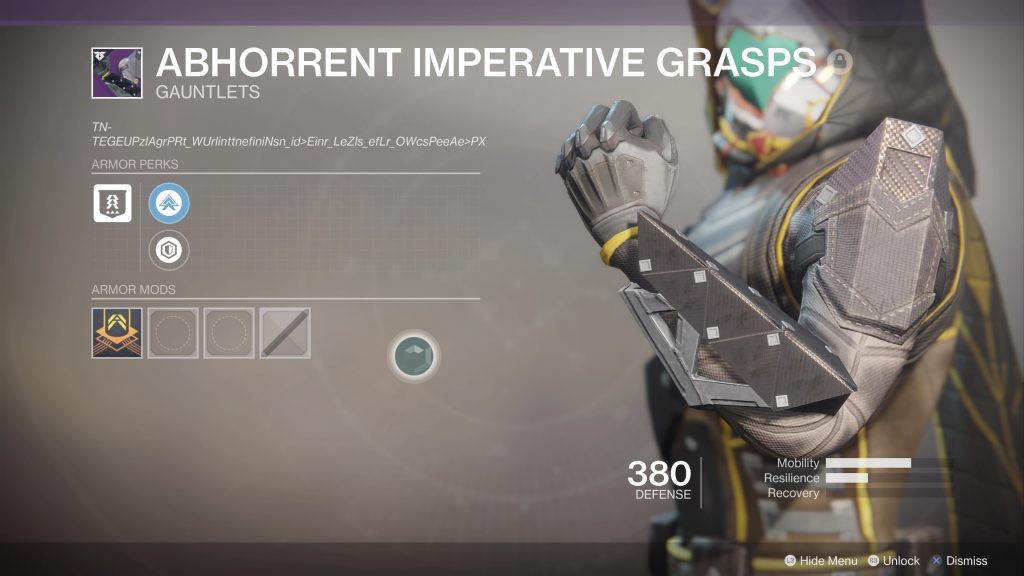 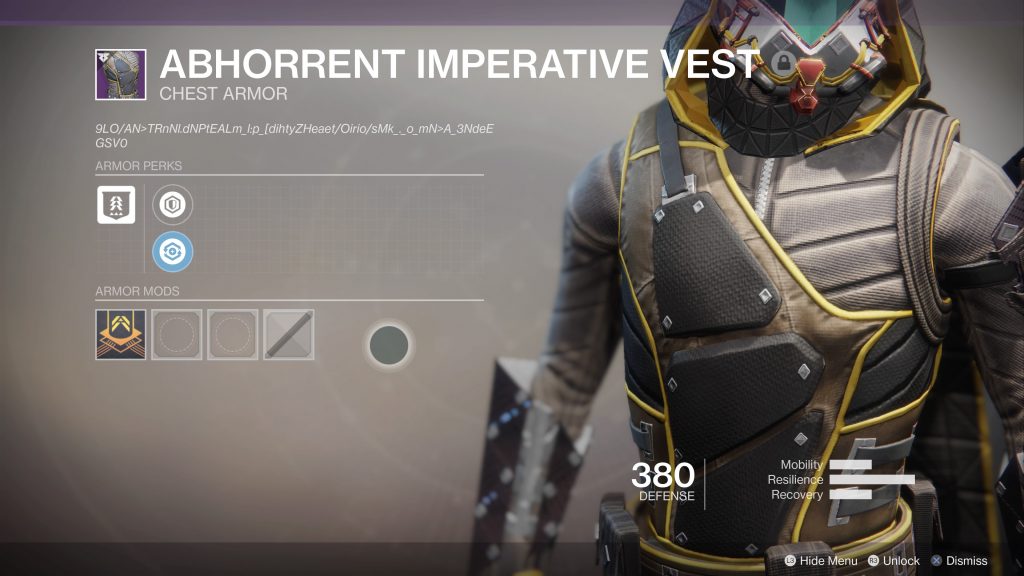 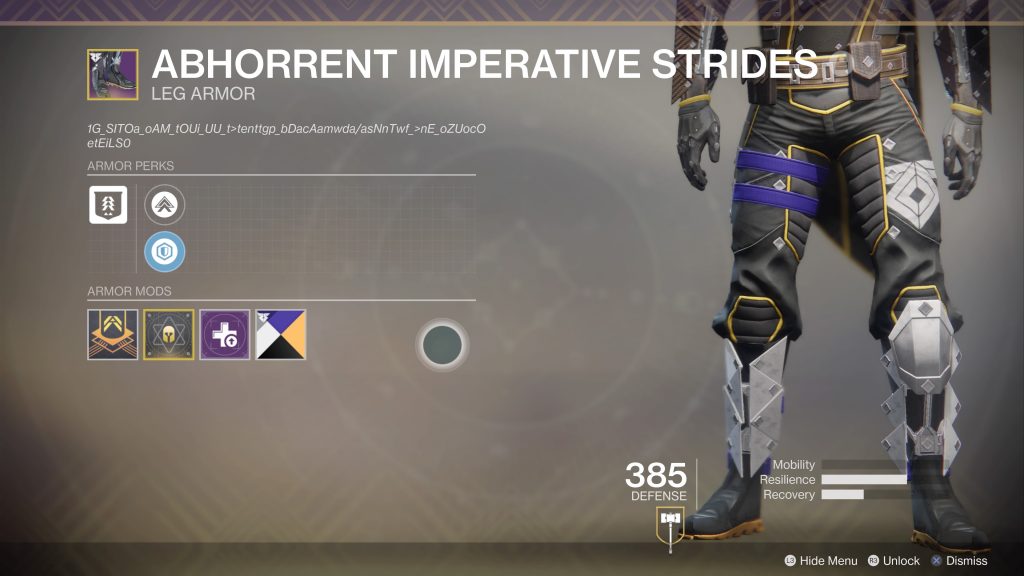 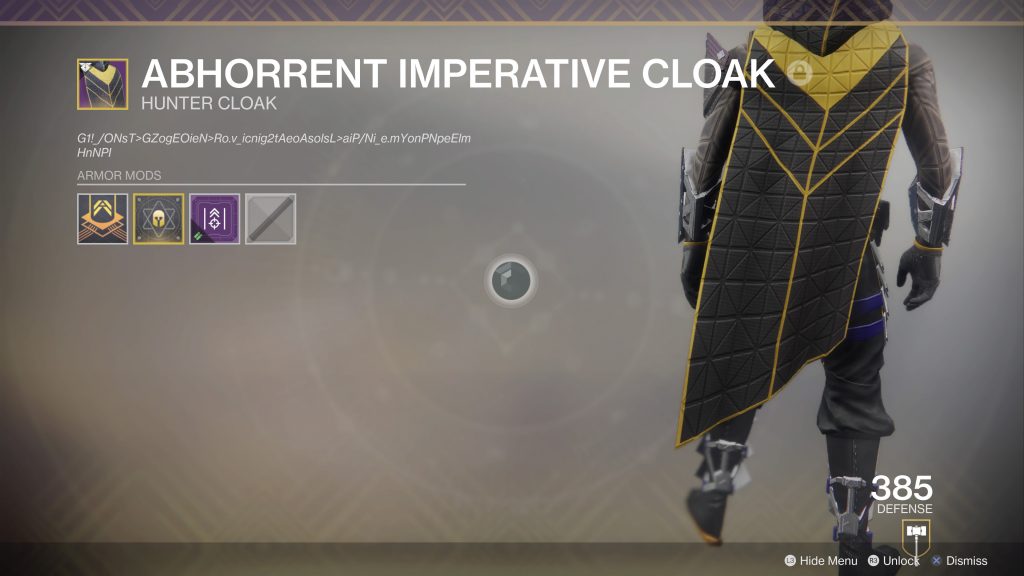 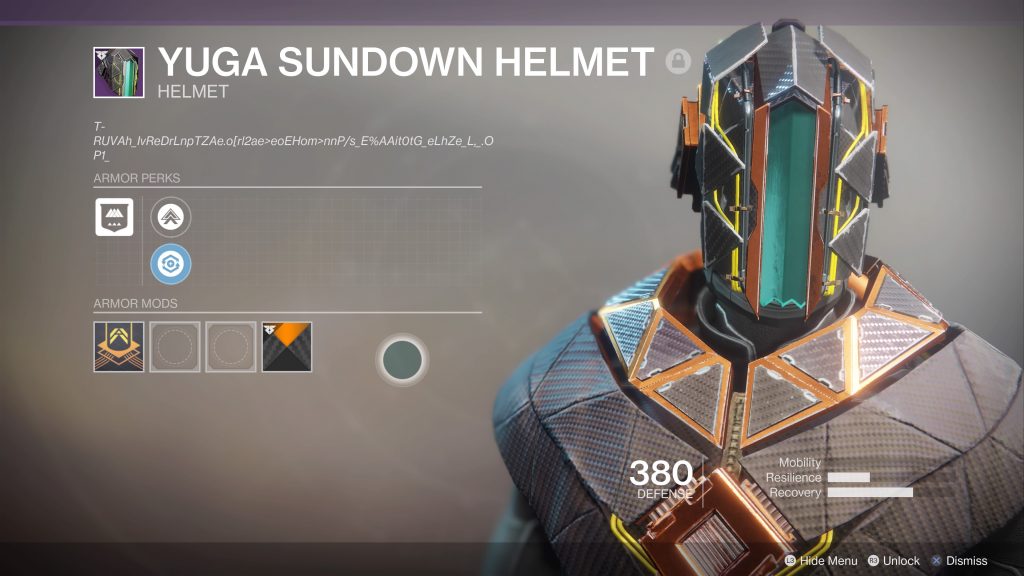 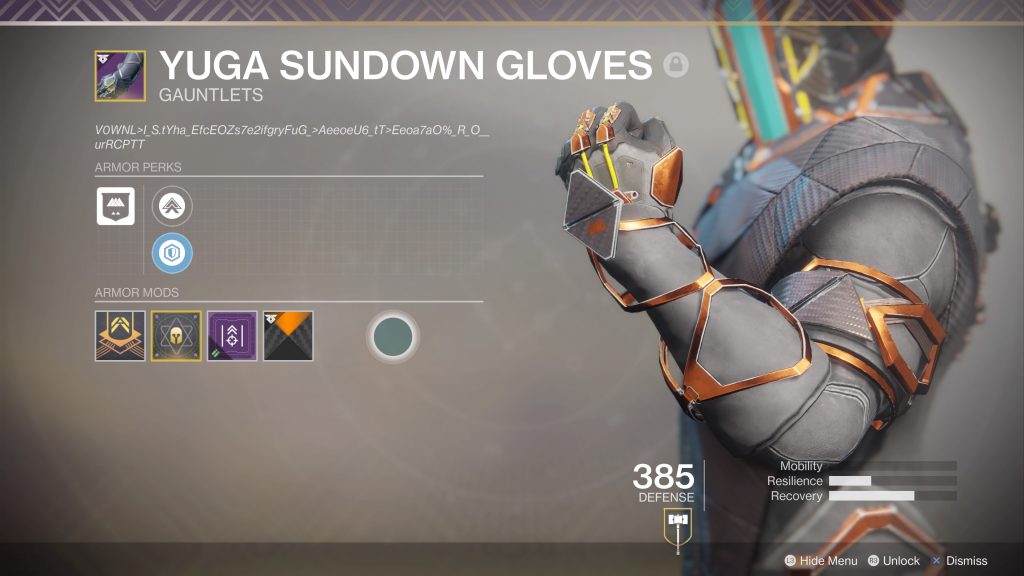 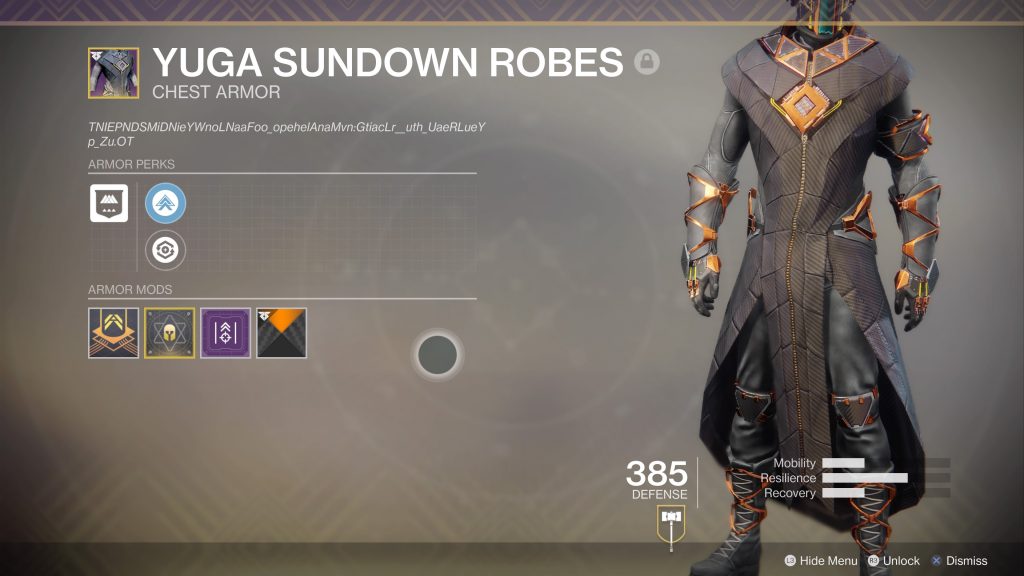 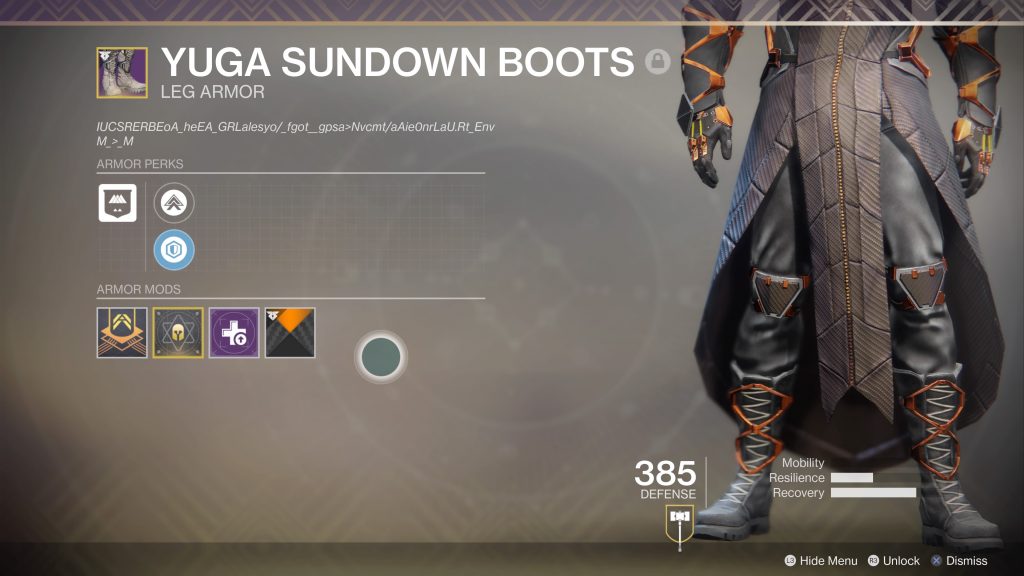 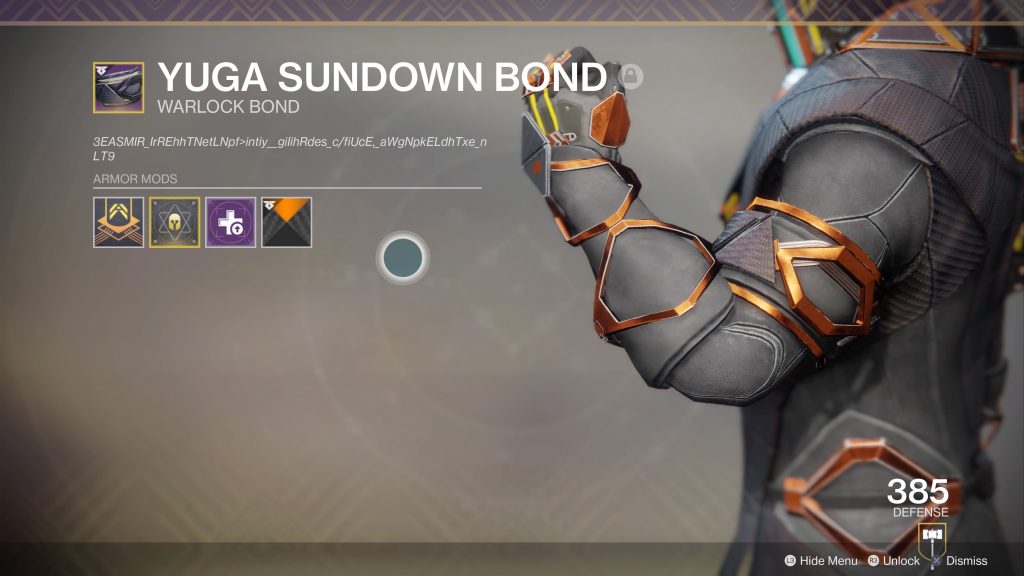 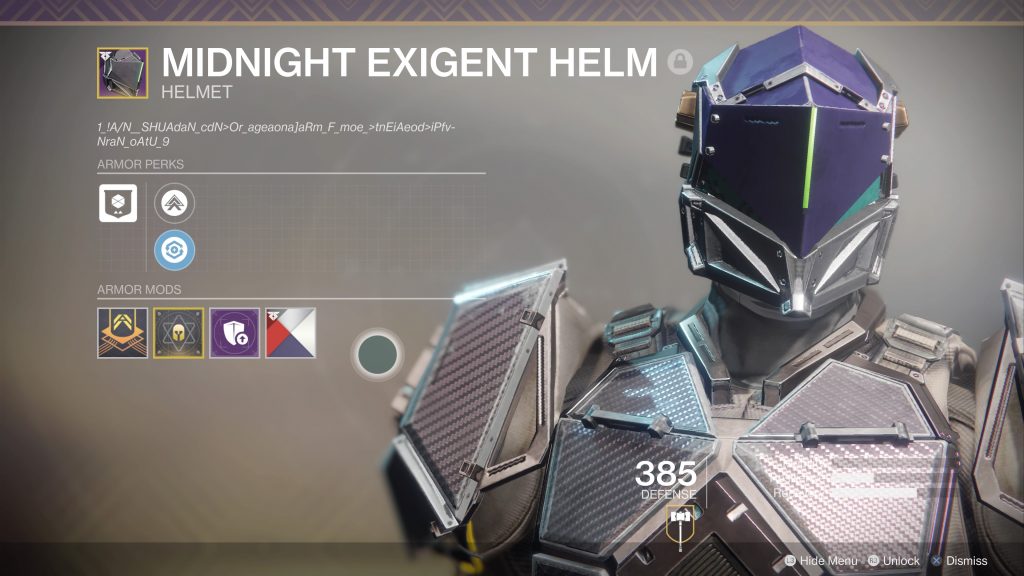 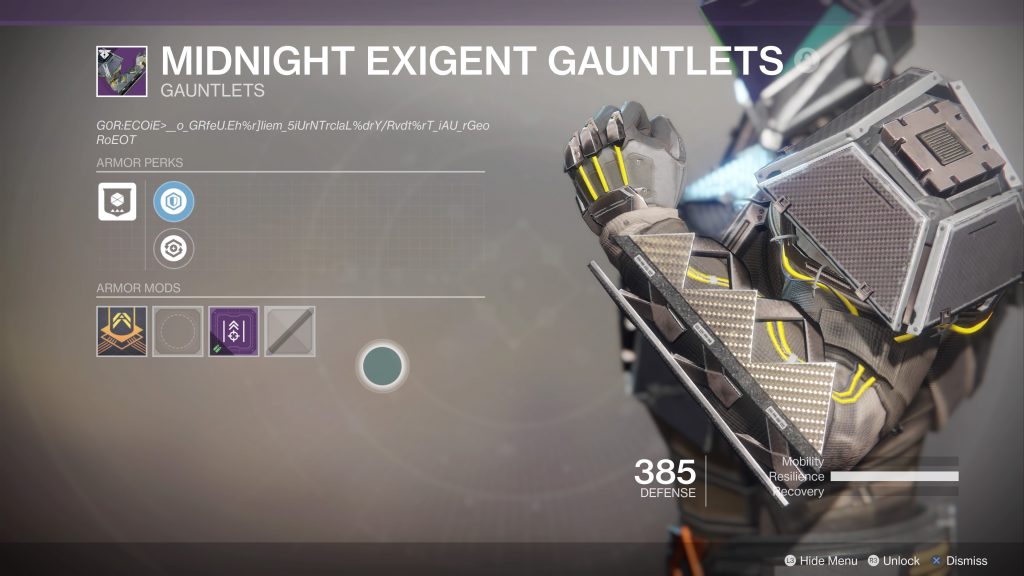 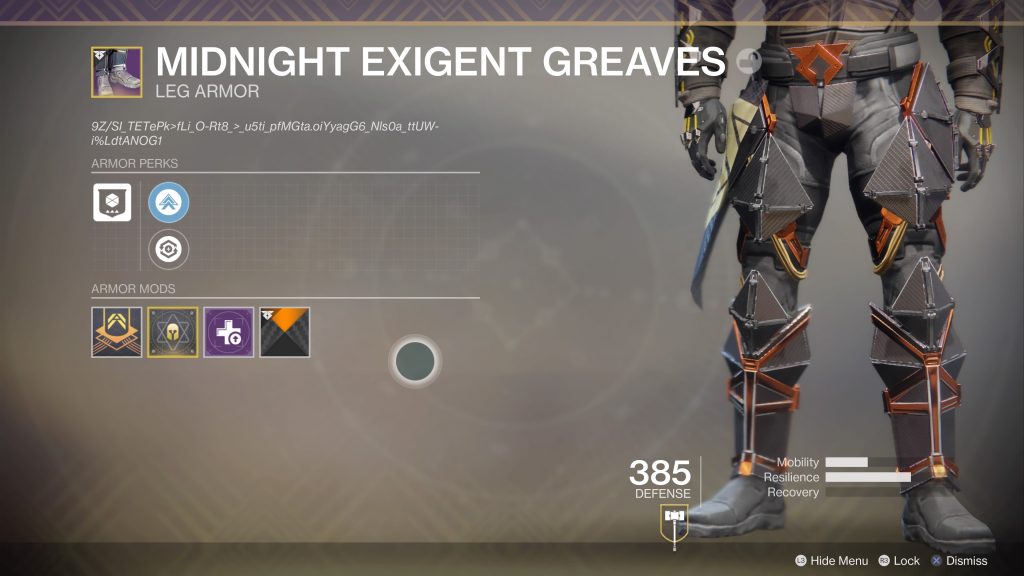 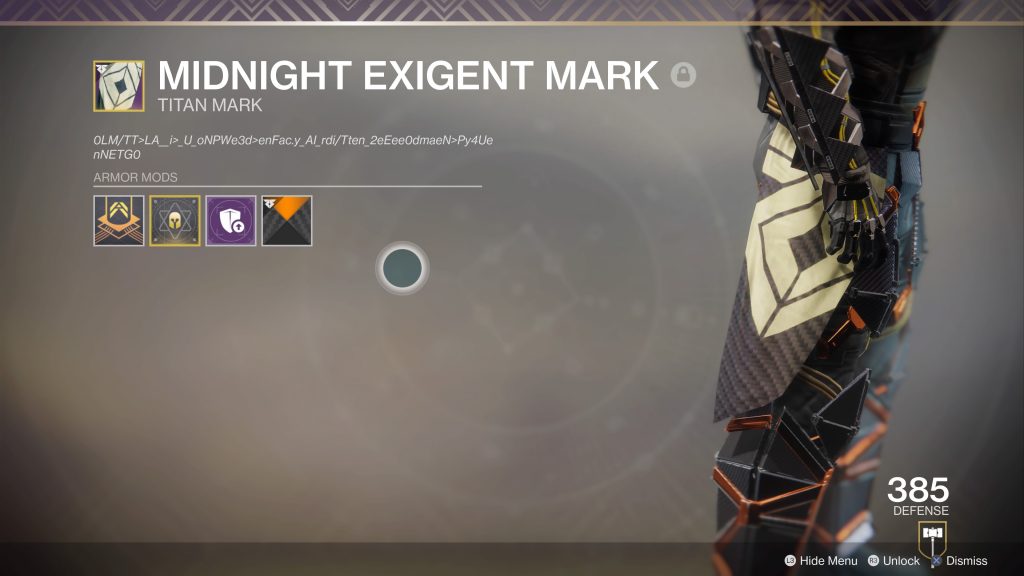 What are the best subclass to use?

For escalation protocol it is recommend to use nightstalker for hunters, voidwalker for warlocks and sunbreaker for titans. For nightstaker users it is best pair up with orpheus rig which helps generating lots of orbs for allies. Skull of dire ahamkara is the best choice to go with for voidwalker.

Most levels in Escalation Protocol have a lots of enemies so use attunement of chaos to take full advantage of the cataclysm. Besides that, it is imperative to have at least have sunbreakers in the fireteam for melting point purposes. Finally, combining tractor cannon and melting point will give insane multiplicative damage output.

For players who intend to complete the wordline zero catalyst progression will need to hit the level 7 boss with the sword. There are a total of 5 bosses in Escalation Protocol and each will give a 20% increment. It will take a total of 5 weeks to get the sword to masterwork version. *Hitting the same boss will not further progress the catalyst*

Below is the example how to progress the catalyst:

That’s is pretty much everything you need to know about Escalation Protocol. Enjoy farming!
If you wish to read more about Destiny 2 stuff, kindly visit here.