Garden Of Salvation: The Only Raid Guide You Need 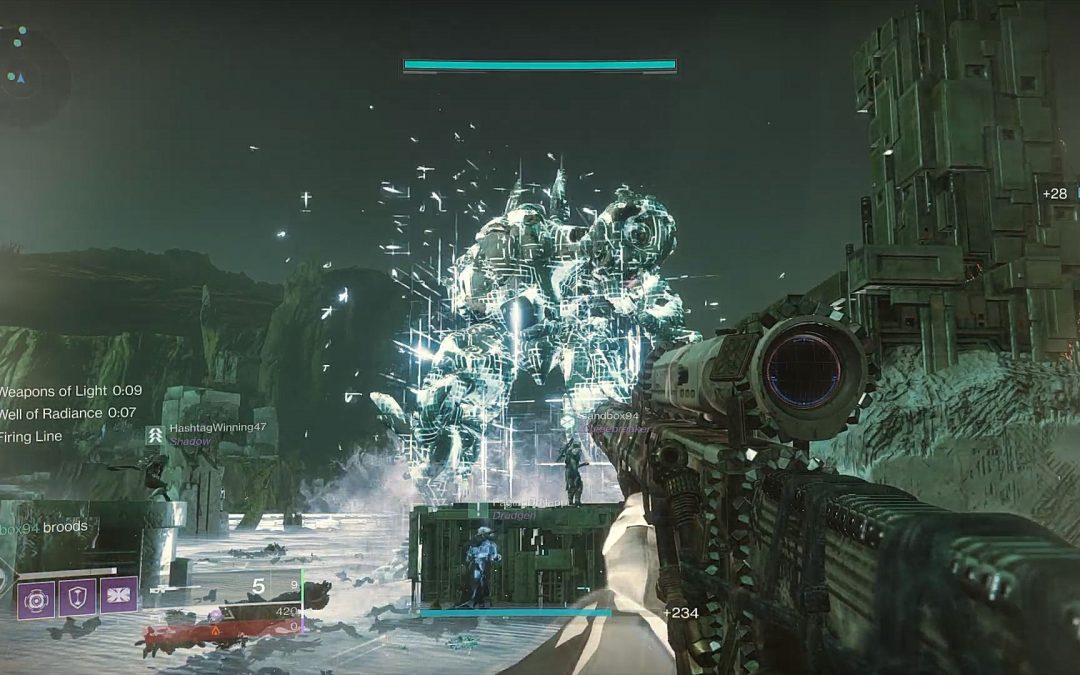 How To Beat Garden Of Salvation Raid

In the recent Shadowkeep expansion, Garden of Salvation is the new raid that’s being release along with it. After all this time, we finally learnt about the darkness. They have been watching our every moves ever since in the early days. However, this time the darkness decided to test our light as a guardian. Once again we got to gather a fireteam of six and enter the black garden to face the challenge. Minimum power level to enter the raid is 900 and it will scales all the way up to 940 at the final boss. Finally, the raid consists of 4 encounters and has 2 secret chest along the way.

Here’s the encounter for the raid: 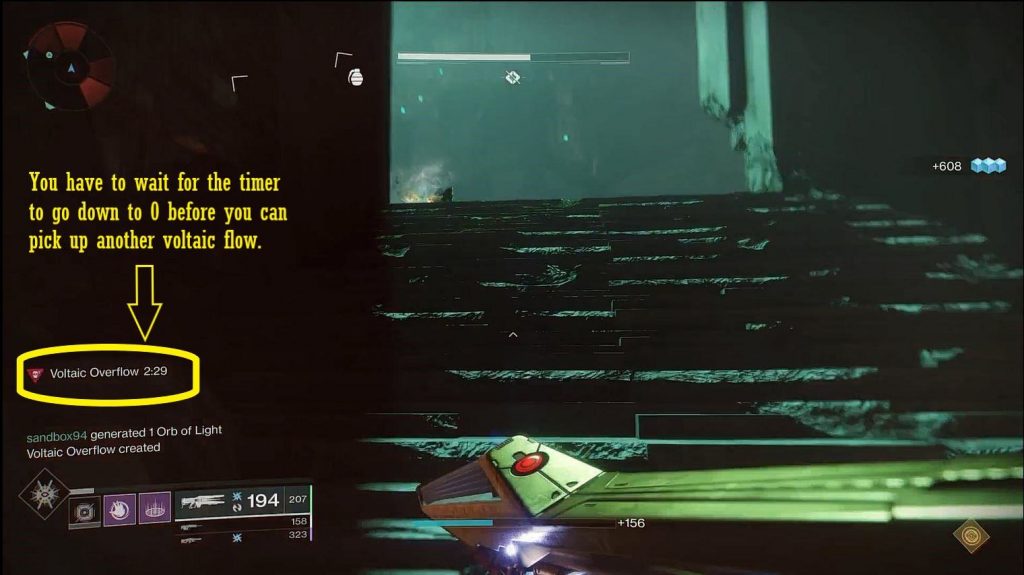 This is the first encounter for the raid. Simply split your team into two team. Have one team stays at the beginning part and another team move forward. Let’s just assume team that stays is team 1 and team that moves is team 2. For team 1, they will have to clear out the waves of enemies while having people to take turn to take the voltaic flow from the boss. Depending on how quick your team is, sometimes you will either take two or three voltaic flow and move forward.

Simultaneously while team 1 is doing their task, the members of team 2 will have to clear the enemies until angelic (vex hydra) spawns. The angelic will always lock the box so you will need to kill it in order to unlock the box. After you clear everything in the room, three of you should line up and tether the box. Line up properly so that you can unlock the door for team 1 to proceed.

After that, team 2 will stay in that area while clearing out the waves of enemies and take turn to grab voltaic flow from the boss. In the same instance, team 1 will have to clear out the angelic (vex hydra) and tether the box. This will then open the final area whereby you will have to unlock three locks this time in order to proceed to the final area.

Click the video below and see how our team did it:

The second encounter for the raid which is fairly easily to beat. This encounter is similar to the one we’ve got in Vault of Glass where we got to defend the conflux. The area where you rally the flag will be Conflux 1, and moving on clockwise direction will be 2, 3 and 4 respectively. Assign one people to defend a conflux and two other people are basically floater. When starting the encounter, an angelic will spawn on conflux 1. Floater 1 and the designated person will have to kill it first before you can tether the box onto the relay station. As for conflux 2, 3 and 4 there will be an angelic and two barrier hobgoblins that spawn. Prioritize those first before you go to tether the box. 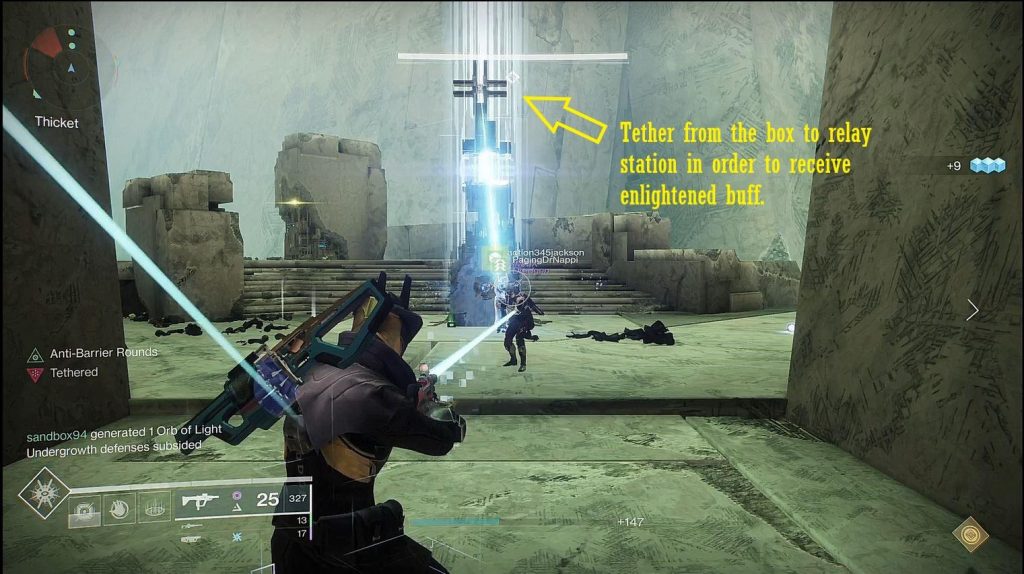 Lastly, supplicants (suicide harpies) will spawn from time to time and shield vex as well. Be sure to take care of the ads and the angelic whenever it spawns. You will need to kill all of the angelic in order to be able to tether the box. Repeat the same process until a message prompts saying you beat the encounter.

Below is the showcase video of how our team did it, click the video if you’re interested: 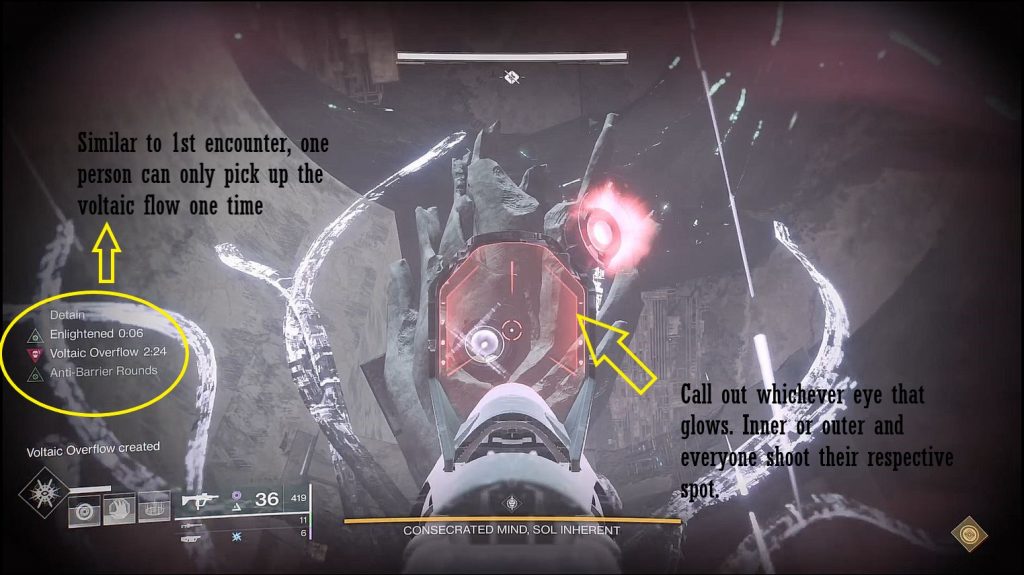 Without further due, let’s talk about team boss:

The tasks for team gambit:

Below will be the showcase video of how our team beat this encounter:

The last and final encounter for this raid. Recommended power level for this boss fight is 940 power level so try to get at least 935 power level. Before we go into the mechanics of this boss fight, I would like to recommend weapon loadouts that works perfectly for this boss. You can either go with izanagi’s burden and grenade launcher or tranquility (because you can get firing line perk) with whisper of the worm. I find both of this loadouts work very well in this encounter. Of course, the weapon for energy will be no other than recluse. 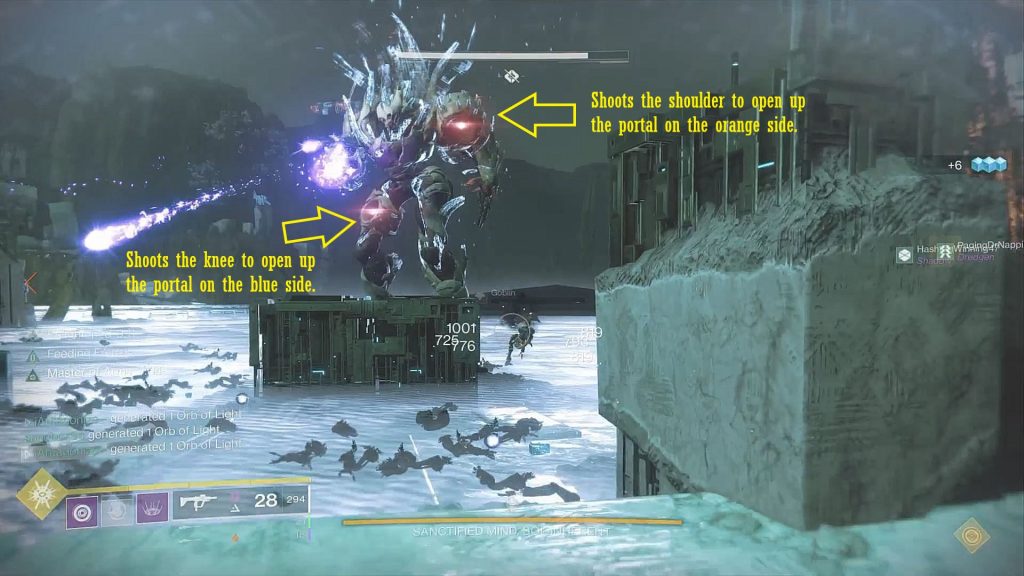 First of all, for this boss fight splits the team into two teams. Team 1 will be team blue (left side) and team 2 will be team orange (right side). Next both sides will assign L1, L2, R1 and R2 respectively. The remaining one person of each side will stay outside and in charge of clearing the ads and take down cyclops whenever it spawns. From the picture above, shoots the respective sides that you need to pull out the people from other area.

Here’s the full breakdown for the boss mechanics:

Here’s the showcase on how my team beat this encounter:

That’s pretty much everything you need to know about this raid for now. I will update this post when the raid challenge drops in few weeks time. Until then, get those sweet loot from this raid!

You can find more about previous season of destiny 2 related stuff. If you’re a first light player, you can find useful information in the link below.