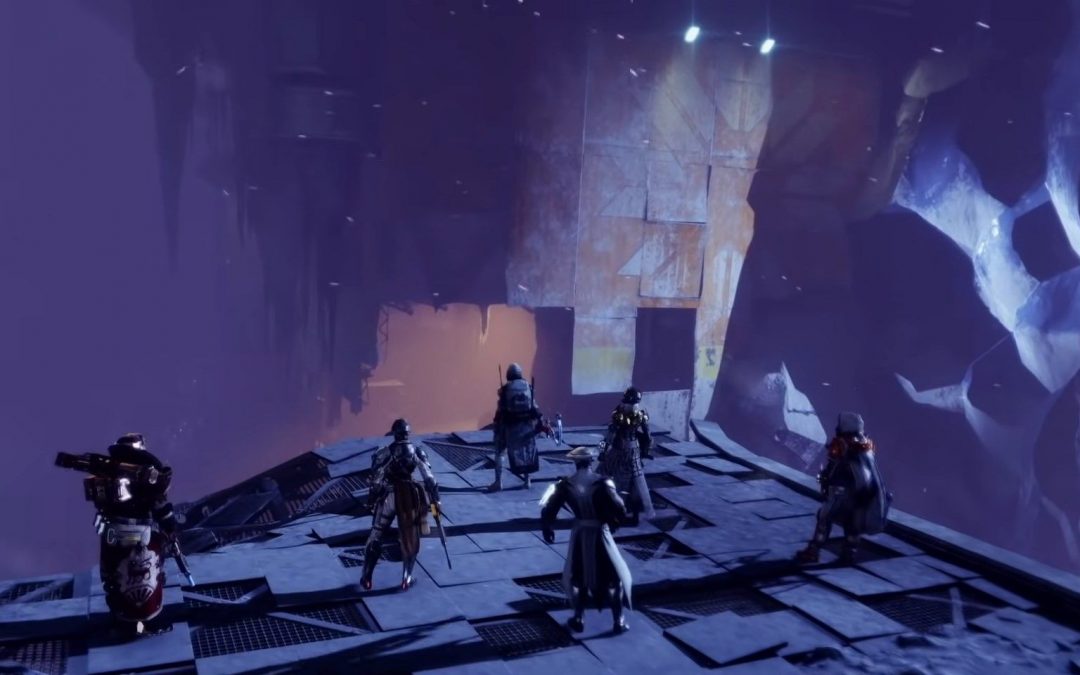 Deep Stone Crypt Raid is the latest raid that comes along with Beyond Light expansion. The minimum requirement for this raid is 1220 power level and it scales up to 1250 at final encounter. Since beyond light is a major expansion, the size of the raid is almost similar to garden of salvation. It consists of four major encounter and two secret chest.

Here’s the encounter for the raid

In this encounter players are required to split into two groups whereby three will be on the light side and others on the dark side. There will be five panels on each of the side which players can name the way they want for call outs. Only people with scanner buff can see which panel lights up and call it out. There will always be two out of the five panels lighting up on each side. The panels will be underneath us and requires an operator to get down and shoot the panel. Besides that, the operator buff will be on the terminal as soon as you enter the area. Pick it up to start the encounter. Scanner buff will always appear in the dark side on one of the vandal.

The role for operator:

The role for scanner:

This is a showcase on how the first encounter is done. In this video, we are all doing the red rover raid challenge which requires everyone to be operator for one time. Assuming you’re already familiar with the encounter, the raid challenge should not be a problem for you and your team.

Recommended weapon loadouts for this encounter:

For this encounter, the teams will be split into ground and space team. Space team takes the shuttle pod and go up to space. In this encounter, the team composition usually split into 4-2 or 3-3. Four people on space and two on ground or you can do three on space and ground respectively. At the start of the encounter, there will be four copies of atraks-1 in space and ground. Space team can immediately take the pod and go up. Continue to clear the ads until you hear an alarm ring which indicates the servitors spawn. The servitors will come out on each side which are left, middle and right side. In this time, a vandal carrying operator buff will spawn. Designated operator will kill that vandal, grab the buff and head up to space.

Once all the servitors on ground are taken down, the servitors will spawn on space. One on each side and a vandal carrying scanner buff will spawn too. The designated scanner can kill that vandal and pick up the scanner buff. Since the operator had to stay behind to wait for the vandal with operator buff to spawn, we (space team) will always leave one servitor up. This is because as soon as you kill all servitors it will trigger the dps phase. “Extinction protocol activated” means that the scanner can see which atraks-1 glows in yellow and you need to dps it. After you deal enough damage, atraks will drop a purple buff on the floor which one of the team member can pick it up.

The operator can shoot the panels for the door to open and cleanse. People will the atraks-1 replicant buff can step inside and operator will shoot the buff off your head. In that instance, scanner buff will be passed back down and up until a damage cycle is over. You get to damage atraks-1 two times on space and ground respectively. During final stand, the four copies of atraks-1 will teleported up to space with eight of them in total. The scanner will have to find the correct atraks-1 and everyone group up to kill it.

Here’s the showcase video on how our team beat the encounter:

The requirement for this challenge is that no one can be cleanse after picking up the atraks-1 replicant buff. So the operator had to constantly refresh the buff on those who had it. With the correct weapon loadouts and mods, you can easily one phase this boss. Below is the showcase on how our team beat the challenge for this encounter.

Recommended weapon loadouts and mods for this encounter:

So far you have learn the roles for operator and scanner. In this encounter, it adds another role which is called suppressor. Suppressor has to get underneath the drones that are glowing in each section and shoot taniks once. Successfully shooting taniks for three times in different drones will stun him. Thus, allowing people with the nuclear core to dunk it into the chamber. For starters, this encounter has a total of 6 phases. Three people will be on ad clearing and other three will take up one of the role respectively. Keep clearing ads until the message several nuclear cores begin charging. When that happen, the scanner will have to call out which chamber that lights up. The operator will get ready to shoot one of the panel switch that glows. Shooting the panel switch will prevent third nuclear core from spawning.

With that every round only two nuclear cores will spawn. Once the cores are successfully dunked into the chamber the message “a nuclear core has been neutralized” pops out. This indicates the complete of one phase. Also, whenever taniks is stunned by the suppressor, one of the role will get deactivated randomly. In that case, just deposit the role into the terminal and another person can pick it up. With that , rinse and repeat until you are done.

Here’s the showcase of the encounter:

Jack of All Trade Challenge

The challenge for this encounter is pretty straightforward. Basically everyone has to take each of the role once. For example, first phase you do operator then you pass it to your partner. Third phase you and your partner will interchange between suppressor and lastly scanner. You will have to wait for the message “a nuclear core has been neutralized” pops up only then everyone can swap the roles around. If you swap too early you will fail the challenge. The weapon loadouts for this encounter is flexible.

For final encounter we only need suppressor and operator because of the four bomb strats that we were going to use. This is also the raid challenge for this encounter. The area is split into spawn, blue and orange area. Each area will have two chambers that you can deposit nuclear core in it. For example, the area that taniks goes to, the two chambers will be unavailable. So if taniks goes to spawn area, the blue and orange areas will be the place you will dunk the nuclear core into the chamber. Which is why scanner is not needed for this.

At the start of the encounter, simply clear the ads until the fallen captain spawns. Once you kill it, a vandal carrying the operator/suppressor/scanner will spawn in each of the area. Kill the vandal and grab the augment. Then wait for taniks to choose a location to go to. He will then open up the thrusters which you can deal damage on. Dealing enough damage will drop a core. So, having a warlock that can nova bomb or titan with thundercrash comes in handy for this. You will only have short period of time to destroy the core before it closes.

There will be a 10 second timer when the bomb drops onto the ground. Wait until 4-5 seconds to pick it up. Doing this will give the suppressor extra few seconds to stun him. So when everyone goes to their respective chamber, they will be able to dunk the core straight away. Thus, reduce the chances of you dying from the radiation. With that, everyone can gather in a spot and get ready for dps. Taniks has final stand in which he teleports around one the three areas every time until he uses a wipe mechanic if you did not kill him in time.

Recommended weapon loadouts and mods for this encounter:

This is pretty much the entire encounters for the raid. If you wish to read more about beyond light related stuff, kindly click here.