Prophecy Dungeon: The Guide For All Guardians 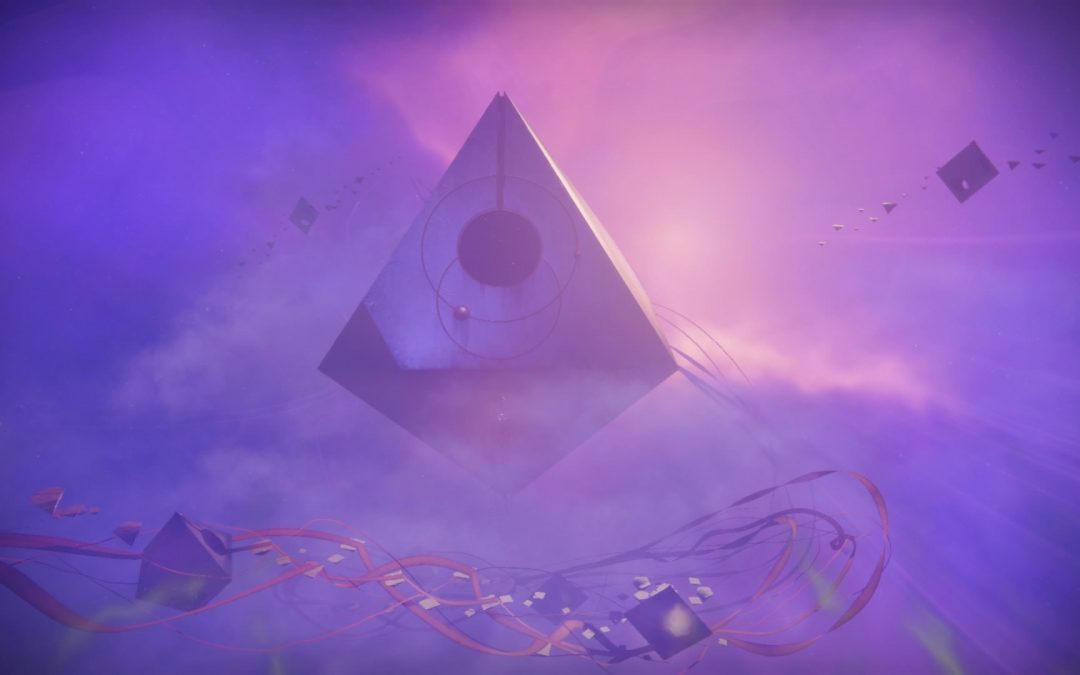 Prophecy Dungeon: The Guide For All Guardians

With Season of Arrivals launching, the prophecy dungeon is one of the content that comes with it. If you had done any dungeon in the past before, prophecy dungeon is pretty similar to shattered throne or pits of heresy. So, the minimum light requirement power level to enter the dungeon is recommended at 1030 and it scales all the way up to 1060 at final encounter.

In general, the dungeon contains three actual encounters, one sparrow racing encounter and one free roaming encounters. Also, prophecy dungeon is a taken based dungeon so having all those taken mods will come in handy if you wish to solo flawless the dungeon. 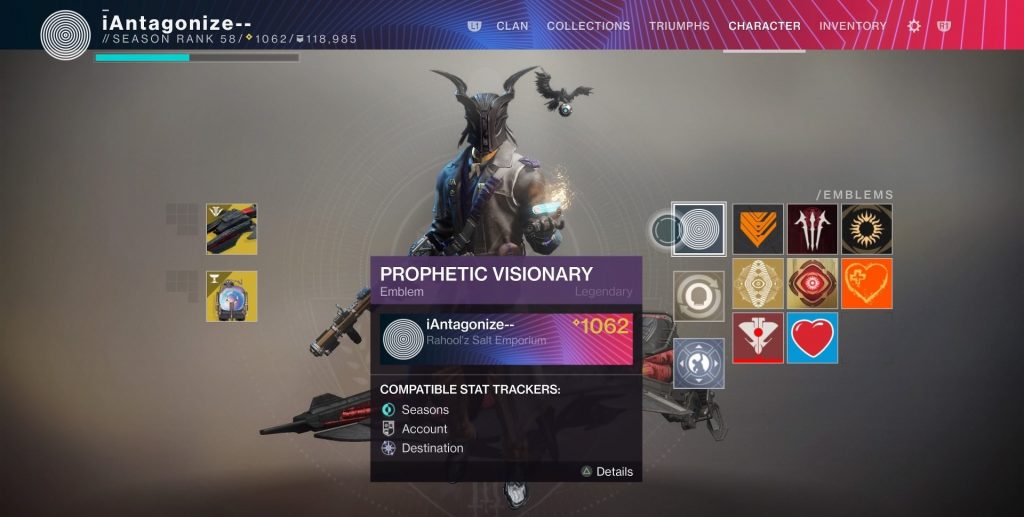 This is the emblem that you will get for solo flawless prophecy dungeon. It is by far the coolest looking emblem I’ve ever seen. As a collector myself, I had to attempt the dungeon and obtained it. I was glad that I was able to solo the dungeon on the first week and that’s a big relief on my part. Last but not least, I will share my perspective on every encounter that I did solo as well as weapon loadouts and mods that I used.

Without further ado, let’s get into the sections dungeon: 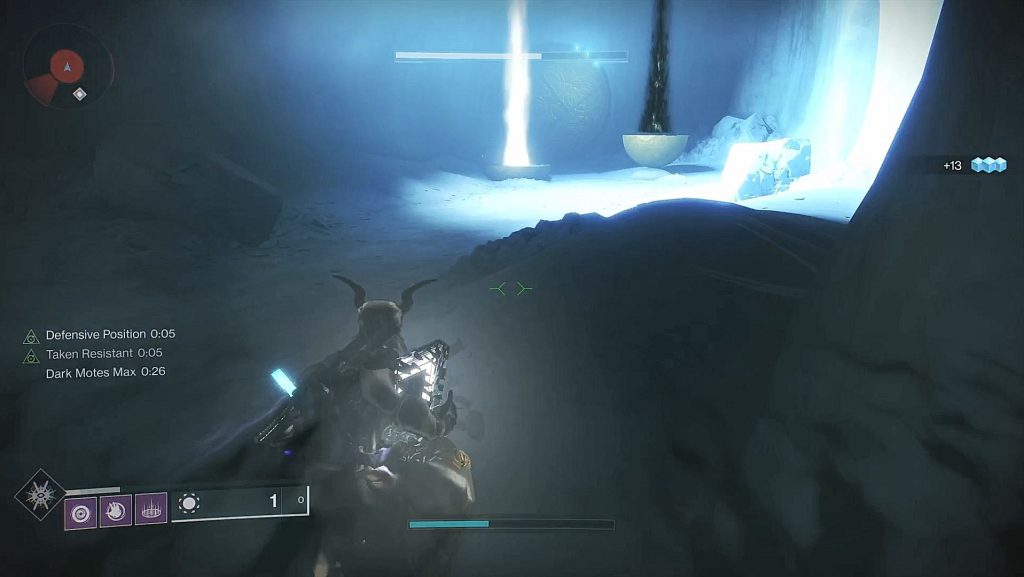 This is the starting point for the dungeon and you will get to learn the basic dungeon mechanics and stuff. From the picture above, you will see that there’s two beams of energy that you need to disperse in order to proceed. You will need light motes for light energy and dark motes for dark energy.

In order to create light motes you will got to be in light area to kill the taken knights and vice versa. Also, you will need to collect a total of five motes in order to disperse it on the platform. Repeat this for another section and you’re done. There will be no reward for this encounter.

This will be your first actual encounter where you got to defeat phalanx echo. It’s quite a fairly weak boss and you can easily one phase it will a fireteam of three. In this encounter, you will have to disperse four platform in the area. The motes required will be random but so far it always start with two light and two dark platform.

In addition to that, since this is a small area you will constantly got to move around the place and take cover. Taken psions, taken knights and the boss will chase you around. The catch for this encounter is always clear the taken psions first because the psions and knights have their own spawn timer. Thus, clearing out psions will give you more space to move around. While the psions is on the spawn timer, you can concentrate solely on the knights and stand in places to create respective motes.

So bear in mind, always take out the psions first then concentrate on the knights for creating motes you need. As soon as you disperse the four platform, you will get a message “phalanx barrier collapsed” which indicates DPS phase begins. You got approximately one minute to dps the boss before it goes into immune again. In mid phase, taken goblins will spawn and can tether onto the boss protecting him from receiving damage.

Nothing much on this section except that you get your first secret chest here. The loot from this chest will be what you got in the loot pool so far. As for this encounter all you got to do is find the taken blights that spawn in the random area. Once you clear out the taken blight, go and interact with toland and he will move to different place. Do this for a total of three times until you get a message “the way is open” which indicates you’re able to move to second encounter. 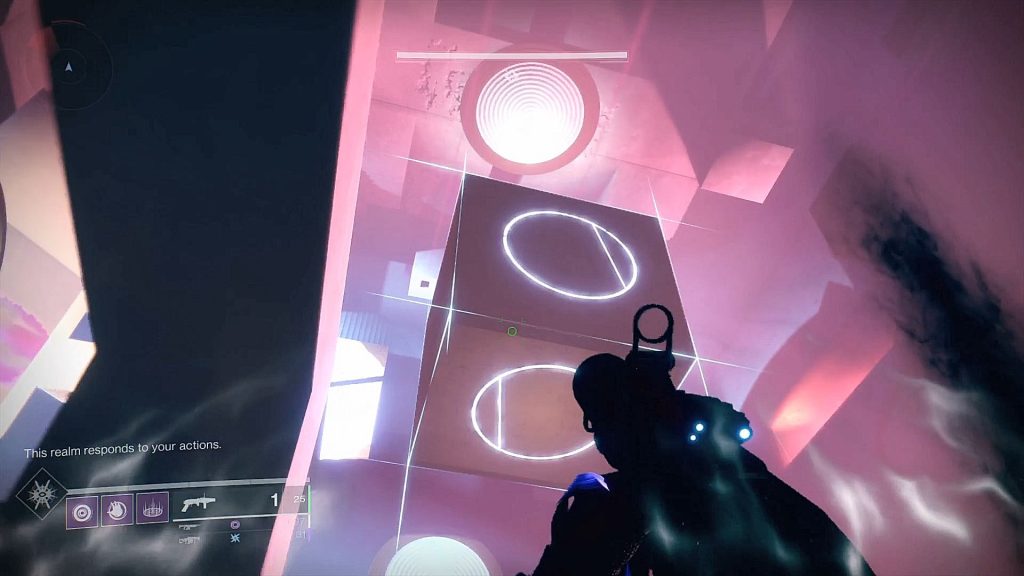 The second encounter for this dungeon will be the hexahedron section. Like every cube has six sections, you will have to locate where toland is and generate the required motes. Simply disperse onto the plate and you will move onto the next section. Every time you disperse a plate, you move to the middle and the cube will rotate randomly. From the picture above, you can see toland is on the top section. If he happen to be on top, you can randomly collect any motes and just rotate the cube around. You will want him to be either in front, back, left or right section. 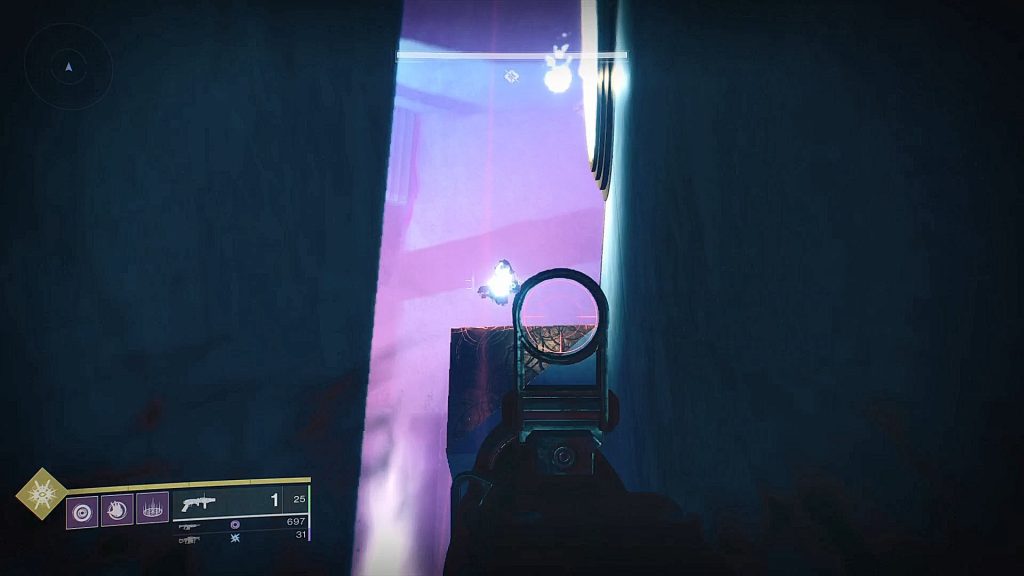 After that quickly grab the motes and head over to the respective plate. Every time you do it correctly, you will see a message “this realm responds to your action”. Do this for five times and you will be teleport into the boss room. There will be two centurion echo that spawns on this room and luckily they aren’t that tanky and can be easily killed. 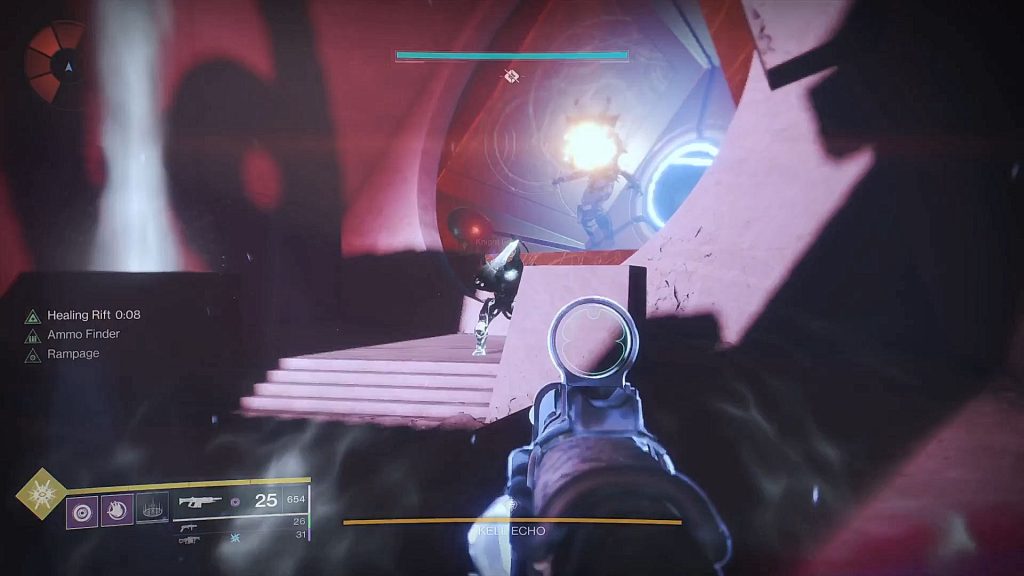 In this section, you will see three random energy beams on each corner of the area. Those will be the motes that you’re required to collect to disperse the mini section. At the start of encounter, the room can be pretty hectic because the kell’s echo will constantly shoots at you while having ads around. Make sure you’re in an area with good cover before you deal with the ads. Also, every time you disperse a section, a taken ogre will spawn and you got to take care of that first before moving on.

Successful dispersing a mini section will leave room space for you to roam around and take cover. Similarly to first encounter, the final encounter will spawn taken psions and two taken knights at the same. The catch is psions and knights got their own respective spawn timer. So, always take care of the psions first before you collect any motes. Once you disperse all three section, you can go to the middle and it will drop you into another room with the actual boss for dps. 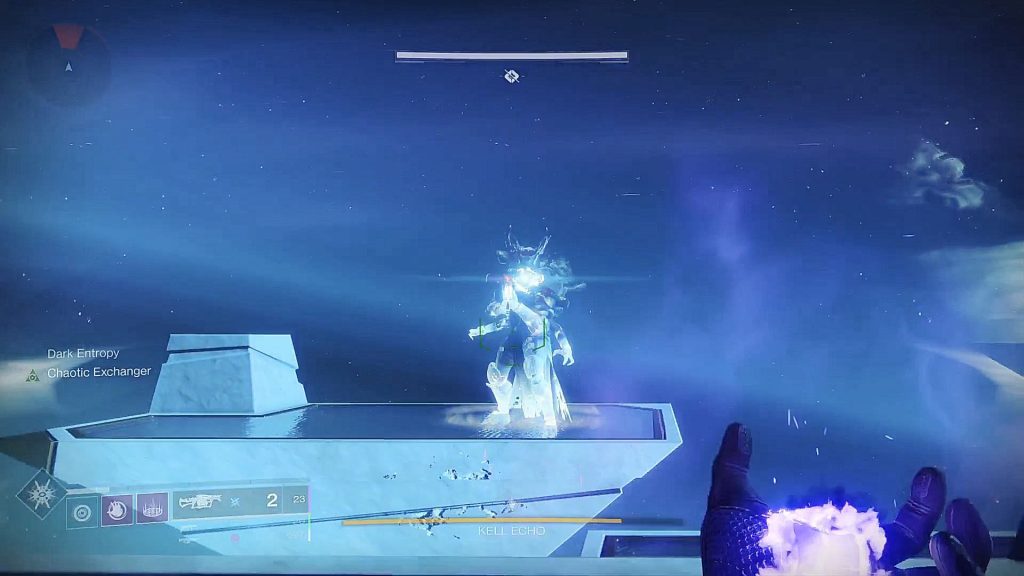 First things first, kell’s echo is like taken captain except that if you get caught by his attack you will be send into the beginning section of the fight. In this area, taken hobgoblins will spawn every time he teleports, you will have to clear the ads first. Apart from that, on your lower left screen you will see a buff called “dark entropy”.

If it builds up to dark entropy x10, your character automatically dies. All you got to do is make sure you’re close to the boss to dispel the dark entropy at all times. In a nutshell, this dps phase is basically jumping around platform, clearing the ads while doing damage to the boss. Once the damage phase is over, you get will teleport back into the first area and it rotates into a different section. Rinse and repeat until you beat the boss.

Here’s the list of weapon loadouts and armor mods that I used at that time.

Since the dungeon only consists of taken enemies, I was told that taken spec did 10% damage to all enemies in comparison to 7-8% damage from boss spec which only works on the boss. Apparently, the taken knights are considered as hive knights thus stacking hive and taken barrier works. It never hurts to stack extra damage resistance. In addition, concussive dampener reduces the incoming area of effect damage which I feel it’s useful against the knights.

The video attached below will be the showcase on how I did my solo flawless run:

Well that’s all the tips and setups that I used on my solo flawless dungeon run. If it works for me alone, I’m pretty sure it will be easy with a fireteam of three. While it’s not necessary to follow the weapon loadouts and armor mods that I used but it certainly help me to stay alive at crucial moment. With that I hope you will get to beat this dungeon in no time.