Just less than a week away before patch 1.8.1 drops. Those who don’t know about the patch details or didn’t play the PTS back when it was available there are going to be some minor changes on the game. Besides the new ways of getting division tech or increase drop rate of classified gears, the one changes that I’m looking forward to the most is firecrest gear set!!

What changes did the developers made to the firecrest gear set?

The changes that they made to the firecrest gear set is that you are now immune to your own fire. Definitely huge improvement on this, with this it actually makes the set looks more viable since you’re no longer constantly on fire. It does not make any sense to set yourself on fire given the fact that you are a pyro (fireman). It gets pretty annoying whenever you want to go and you accidentally set yourself on fire. Kudos to them for making this changes.

How To Use Firecrest Effectively

After the march madness, most of the people should have majority of their classified gear sets by now. For those who are new to firecrest gear set, below are the bonus that you get when equipping full set.

Set Bonus (6) :2% chances to set enemy on fire, burning targets will cause fiery explosion that will proc once every 10 seconds and NPCs will burn 25% longer for every 2000 electronics you have.

In legendary missions, underground operations or other activities always make it a habit to place your turret strategically. By “strategically” I mean in an elevated position or in a choke point. Given the extra 55% flame turret range that you’ve got, place it on an elevated position. Turret itself can definitely cover more area compare to people who just mindlessly place the turret on the ground.

Placing the turret on the ground will hinder it’s potential to distract the NPCs. Especially in legendary missions, NPCs are smart enough to hide in cover and chances are your turret will not be able to reach them. Also, you are puting your turret in risk by allowing the LMB shield guys easily destroy your turret. That being said putting the turret on an elevated position, your flame turret are able to reach further and burn them thus exposing themselves out in the cover.

Another advantage for placing turret in an elevated position is that if the turret in unreachable the LMB shield guys will not be able to destroy it. Or in other cases if it’s on top of a vehicle they can still climb up and destroy it. Before they manage to climb up the vehicle and destroy it you can take them out beforehand. Setting up the turret on the ground will just make it easier for them to run to your turret and destroy it.

Below are some screenshots on how I placed my turret: 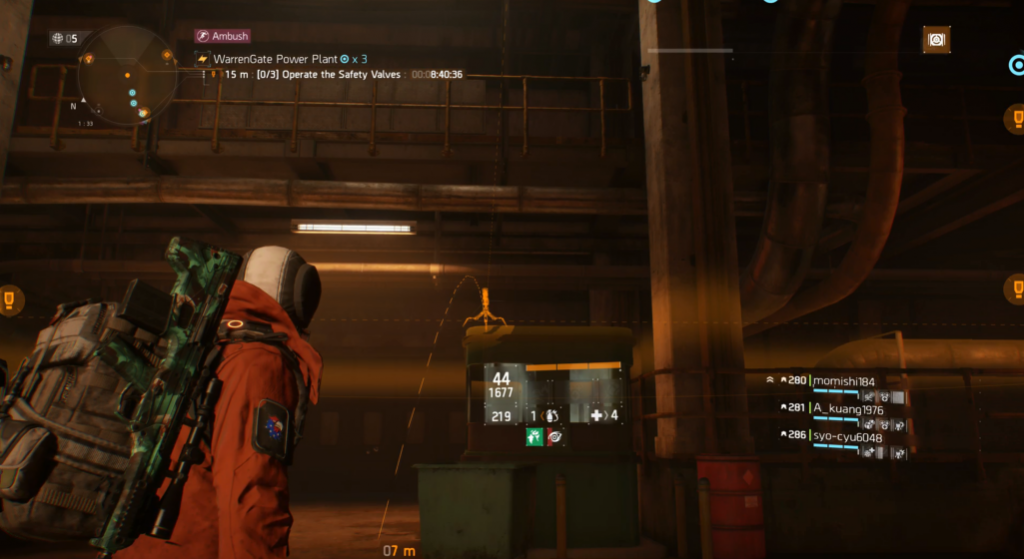 A very good example of placing turret on an elevated position 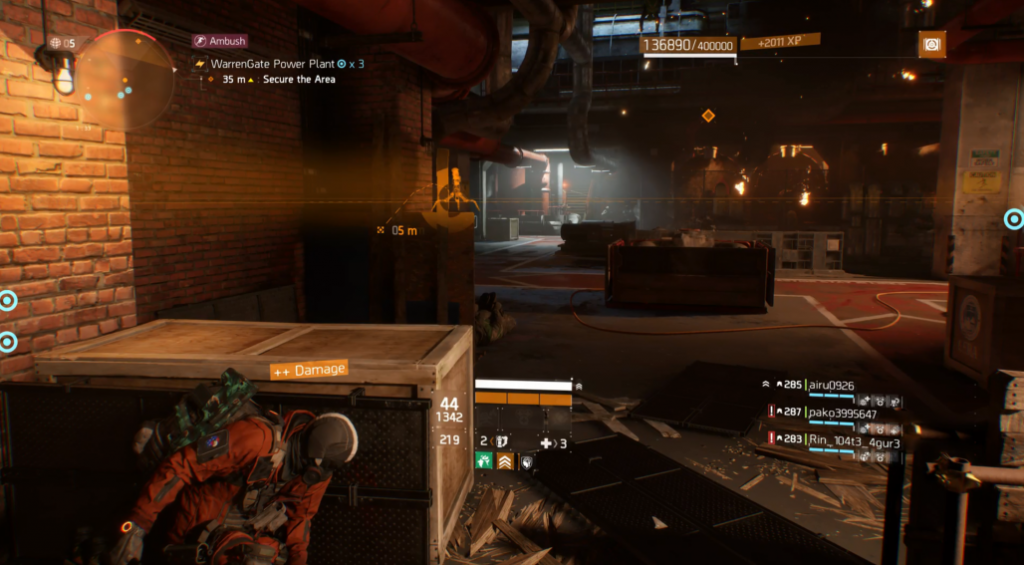 Placing turret on that elevated position

When you place it on a position like that, most of the time NPCs will have hard time destroying it. They are attracted to your turret and you can take this opportunity to clear them.

Gain the upper hand by crowd control. This will require you to actually spend some time on the game and learn the NPCs spawn. Setting up the turret in a strategic places play a big role in this. Especially on legendary missions, NPCs usually spawn in a group and if you know where they are spawning you can easily take control of it. 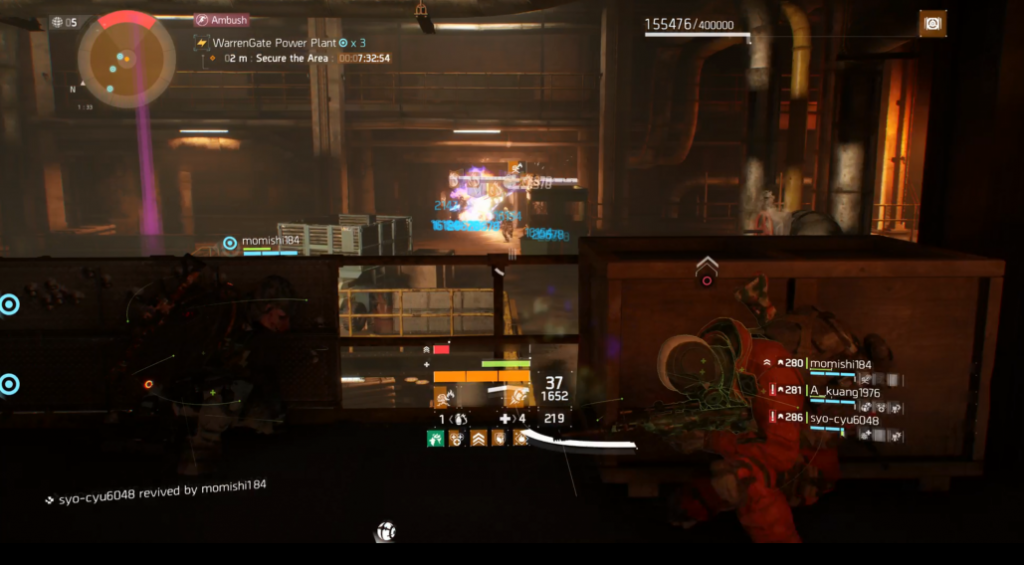 With the turret placed beforehand and as we proceed to the next group of NPCs, the turret immediately gain crowd control. When NPCs are distracted by the fire, this creates an opening for teammates to clear out the whole group. Combine proper weapon talents and correct build, you will be very powerful.

3. Be The Annoying Guy Against NPCs

Firecrest is mainly a support type of gear set. You can’t compare to DPS sets like sentry, striker, lonestar and etc. As a support role, your only job is to support the team by distracting the NPCs and let others finish them off. Pair up the insane range of the flame turret along with air burst seeker mine, you are basically causing a lot of distraction to the NPCs. The playstyle of this set is quite similar to any skill build type, all you got to do is just hang back and support your group with turret and seeker mine. If any of the NPCs is under burning, you can use your weapon to cause further burning on them. Pretty much making use of set 6 bonus that you’ve got.

4. Make Use Of  Your Grenades

5. Build It Correctly With Weapons And Talents

I mainly use this build for PvE content so my choice of weapons are Urban MDR and LMG. Let’s start with Urban MDR, the exotic talent from this gun is distracted. Distracted grants the user 18% increase damage when NPCs is under status effect. Status effect could be in form of burning,shock or stun (flash bang).  So whenever the user are using air burst seeker mine, flame turret or incendiary grenades it basically give them bonus of 33% damage! Which is a huge boost.

For LMGs,there aren’t many choice in the game. M249 archtypes aren’t that good due to low stability whereas L86 lacks of magazine size. Base magazine of L86 is only 30 so even with extended magazine mod on you get around 60. I usually alternate between MG5, Big Alejandro and M60. But if I were to choose one it will definitely be Big Alejandro. Cover shooter which is the gun’s exotic talent for every bullets that fire while in cover weapon damage increases from 0.5% to 50%. Bonus last for 10 seconds and getting a kill while in cover will reset the duration. Reloading, swapping weapon or exiting combat will refreshed the bonus.

Getting a specific role for Big Alejandro could be troublesome and might take a while to get the desire weapon talents. Hence, another alternative to go will be MG5 since it’s craftable. It allows the user to have more options on the weapon talents. The free talent slot is very useful for using a particular skill that the user doesn’t have enough points.

For skill build, prioritize weapon talents like talented, determined and competent. Destructive, predatory, and ferocious could be useful if you have enough points to use the talent. Talented is a very powerful skill build for granting the user  15% skill power for 20 seconds. Talented can only be proc by weapon skill and it does not effect the turret damage. Skill power around 270k range should be good enough. Talents I’m using are critical save, strike back, wildfire and tech support.

For those who are interested on my firecrest build feel free to check it out on: https://division-builds.com/build/91-6pc-firecrest-448-build

More in depth information regarding the build in the link.

If you are interested on other build,feel free to check out this link: https://division-builds.com/user-builds/Glenn

Well this is it on how to use firecrest effectively and how to support your teammates. Leave a comment down below if you have any questions or if there is anything that I’ve missed.

Have a good day!